Been quite some time since I wrote about anything. This time, it is Debutsav. When it comes to full-fledged FOSS conferences, I usually am an attendee or at most a speaker. I have given some sporadic advices and suggestions to few in the past, but that was it. However, this time I played the role of an organizer.

DebUtsav Kochi is the second edition of Debian Utsavam, the celebration of Free Software by Debian community. We didn’t name it MiniDebConf because it was our requirement for the conference to be not just Debian specific, but should include general FOSS topics too. This is specifically because our target audience aren’t yet Debian-aware to have a Debian-only event. So, DebUtsav Kochi had three tracks - one for general FOSS topics, one for Debian talks and one for hands-on workshops.

As a disclaimer, the description about the talks below are what I gained from my interaction with the speakers and attendees, since I wasn’t able to attend as many talks as I would’ve liked, since I was busy with the organizing stuff.

The event was organized by Free Software Community of India, whom I represented along with Democratic Alliance for Knowledge Freedom (DAKF) and Student Developer Society (SDS). Cochin University of Science and Technology were generous enough to be our venue partners, providing us with necessary infrastructure for conducting the event as well as accommodation for our speakers.

The event span across two days, with a registration count around 150 participants. Day 1 started with a keynote session by Aruna Sankaranarayanan, affiliated with OpenStreetMap. She has been also associated with GNOME Project, Wikipedia and Wikimedia Commons as well as was a lead developer of the Chennai Flood Map that was widely used during the floods that struck city of Chennai.

Sruthi Chandran, Debian Maintainer from Kerala, gave a brief introduction about the Debian project, its ideologies and philosophies, people behind it, process involved in the development of the operating system etc. An intro about DebUtsav, how it came to be, the planning and organizations process that was involved in conducting the event etc were given by SDS members.

After these common talks, the event was split to two parallel tracks - FOSS and Debian.

In the FOSS track, the first talk was by Prasanth Sugathan of Software Freedom Law Centre about the needs of Free Software licenses and ensuring license compliance by projects. Parallely, Raju Devidas discussed about the process behind becoming an official Debian Developer, what does it mean and why it matters to have more and more developers from India etc.

After lunch, Ramaseshan S introduced the audience to Project Vidyalaya, a free software solution for educational institutions to manage and maintain their computer labs using FOSS solutions rather than the conventional proprietary solutions. Shirish Agarwal shared general idea about various teams in Debian and how everyone can contribute to these teams based on their interest and ability.

Subin S showed introduced some nifty little tools and tricks that make Linux desktop cool, and improve the productivity of users. Vipin George shared about the possibility of using Debian as a forensic workstation, and how it can be made more efficient than the proprietary counterparts.

Ompragash V from RedHat talked about using Ansible for automation tasks, its advantages over similar other tools etc. Day 1 ended with Simran Dhamija talking about Apache SQOOP and how it can be used for data transformation and other related usecases.

In the afternoon session of Day 1, two workshops were also conducted parallel to the talks. First one was by Amoghavarsha about reverse engineering, followed by an introduction to machine learning using Python by Ditty.

We also had an informal discussion with few of the speakers and participants about Free Software Community of India, the services it provide and how to get more people aware of such services and how to get more maintainers for them etc. We also discussed the necessity of self-hosted services, onboarding users smoothly to them and evangelizing these services as alternatives to their proprietary and privacy abusing counterparts etc.

Day 2 started with a keynote session by Todd Weaver, founder and CEO of Purism who aims at developing laptops and phones that are privacy focused. Purism also develops PureOS, a Debian Derivative that consists of Free Software only, with further privacy enhancing modifications.

On day 2, the Debian track focused on a hands-on packaging workshop by Pirate Praveen and Sruthi Chandran that covered the basic workflow of packaging, the flow of packages through various suites like Unstable, Testing and Stable, structure of packages. Then it moved to the actual process of packaging by guiding the participants through packaging a javascript module that is used by GitLab package in Debian. Participants were introduced to the tools like npm2deb, lintian, sbuild/pbuilder etc. and the various debian specific files and their functionalities.

In the FOSS track, Biswas T shared his experience in developing keralarescue.in, a website that was heavily used during the Kerala Floods for effective collaboration between authorities, volunteers and public. It was followed by Amoghavarsha’s talk on his journey from Dinkoism to Debian. Abhijit AM of COEP talked about how Free Software may be losing against Open Source and why that may be a problem. Ashish Kurian Thomas shed some knowledge on few *nix tools and tricks that can be a productivity booster for GNU/Linux users. Raju and Shivani introduced Hamara Linux to the audience, along with the development process and the focus of the project.

The event ended with a panel discussion on how Debian India should move forward to organize itself properly to conduct more events, spread awareness about Debian and other FOSS projects out there, prepare for a potential DebConf in India in the near future etc.

The number of registrations and enthusiasms of the attendees for the event is giving positive signs on the probability of having a proper MiniDebConf in Kerala, followed by a possible DebConf in India, for which we have bid for. Thanks to all the participants and speakers for making the event a success.

Thanks to FOSSEE, Hamara Linux and GitLab for being sponsors of the event and thus enabling us to actually do this. And also to all my co-organizers.

A very special thanks to Kiran S Kunjumon, who literally did 99% of the work needed for the event to happen (as you may recall, I am good at sitting on a chair and planning, not actually doing anything. :D ). 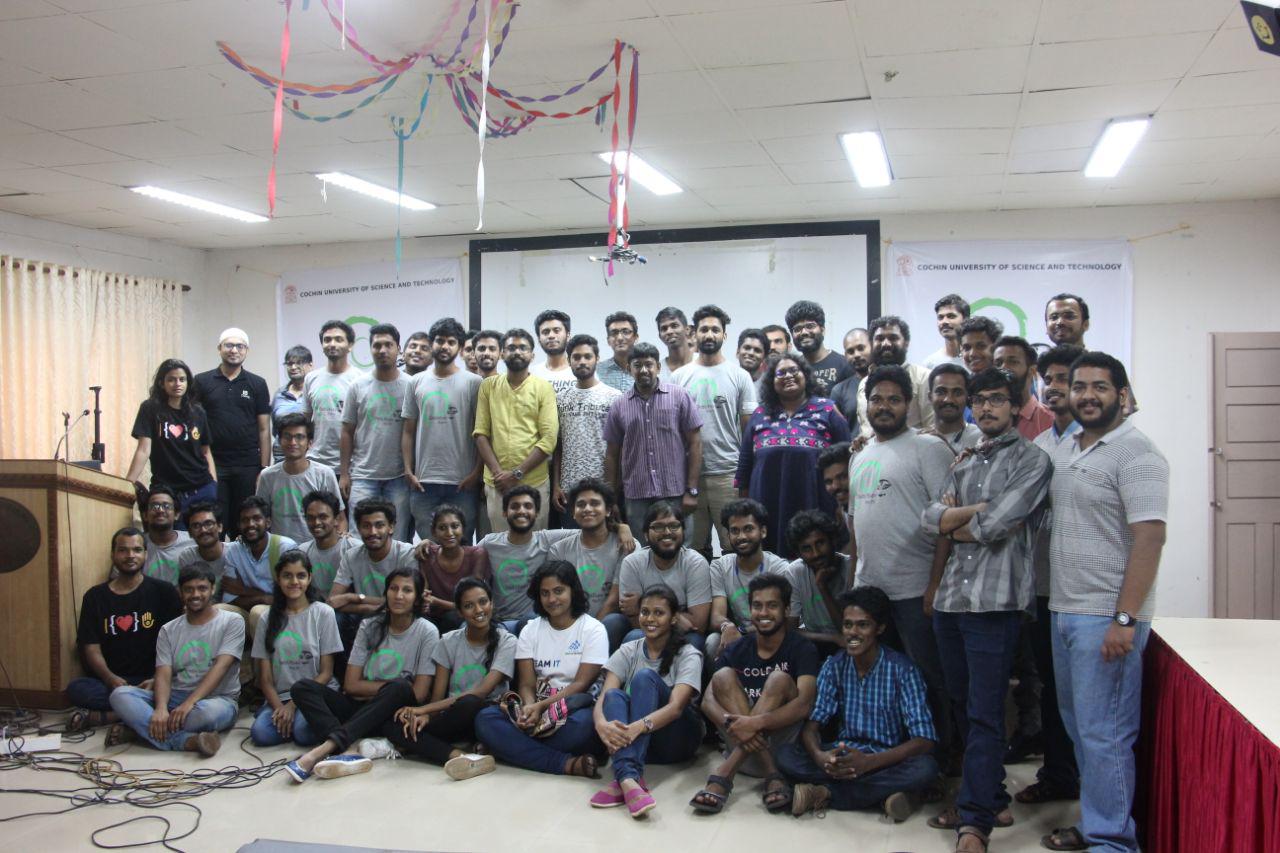