So I attended my first international FOSS conference - FOSSAsia 2018 at Lifelong learning institute, Singapore. I presented a talk titled “Omnibus - Serve your dish on all the tables” (slides, video) about the tool Chef Omnibus which I use on a daily basis for my job at GitLab.

The conference was a 4-day long one and my main aim was to network with as many people as I can. Well, I planned to attend sessions, but unlike earlier times when I attended all the sessions, these days I am more focussed on certain topics and technologies and tend to attend sessions on those (for example, devops is an area I focuses on, block chain isn’t).

One additional task I had was attend the Debian booth at the exhibition from time to time. It was mainly handled by Abhijith (who is a DM). I also met two other Debian Developers there - Andrew Lee(alee) and Héctor Orón Martínez(zumbi).

I also met some other wonderful people at FOSSAsia, like Chris Aniszczyk of CNCF, Dr Graham Williams of Microsoft, Frank Karlitschek of NextCloud, Jean-Baptiste Kempf and Remi Denis-Courmont of VideoLan, Stephanie Taylor of Google, Philip Paeps(trouble) of FreeBSD, Harish Pillai of RedHat, Anthony, Christopher Travers, Vasudha Mathur of KDE, Adarsh S of CloudCV (and who is from MEC College, which is quite familiar to me), Tarun Kumar of Melix, Roy Peter of Go-Jek (with whom I am familiar, thanks to the Ruby conferences I attended), Dias Lonappan of Serv and many more. I also met with some whom I know knew only digitally, like Sana Khan who was (yet another, :D) a Debian contributor from COEP. I also met with some friends like Hari, Cherry, Harish and Jackson.

My talk went ok without too much of stuttering and I am kinda satisfied by it. The only thing I forgot is to mention during the talk that I had stickers (well, I later placed them in the sticker table and it disappeared within minutes. So that was ok. ;))

PS: Well, I had to cut down quite a lot of my explanation and drop my demo due to limited time. This caused me miss many important topics like omnibus-ctl or cookbooks that we use at GitLab. But, I had a few participants come up and meet me after the talk, with doubts regarding omnibus and its similarity with flatpak, relevance during the times of Docker etc, which was good.

Some photos are here: 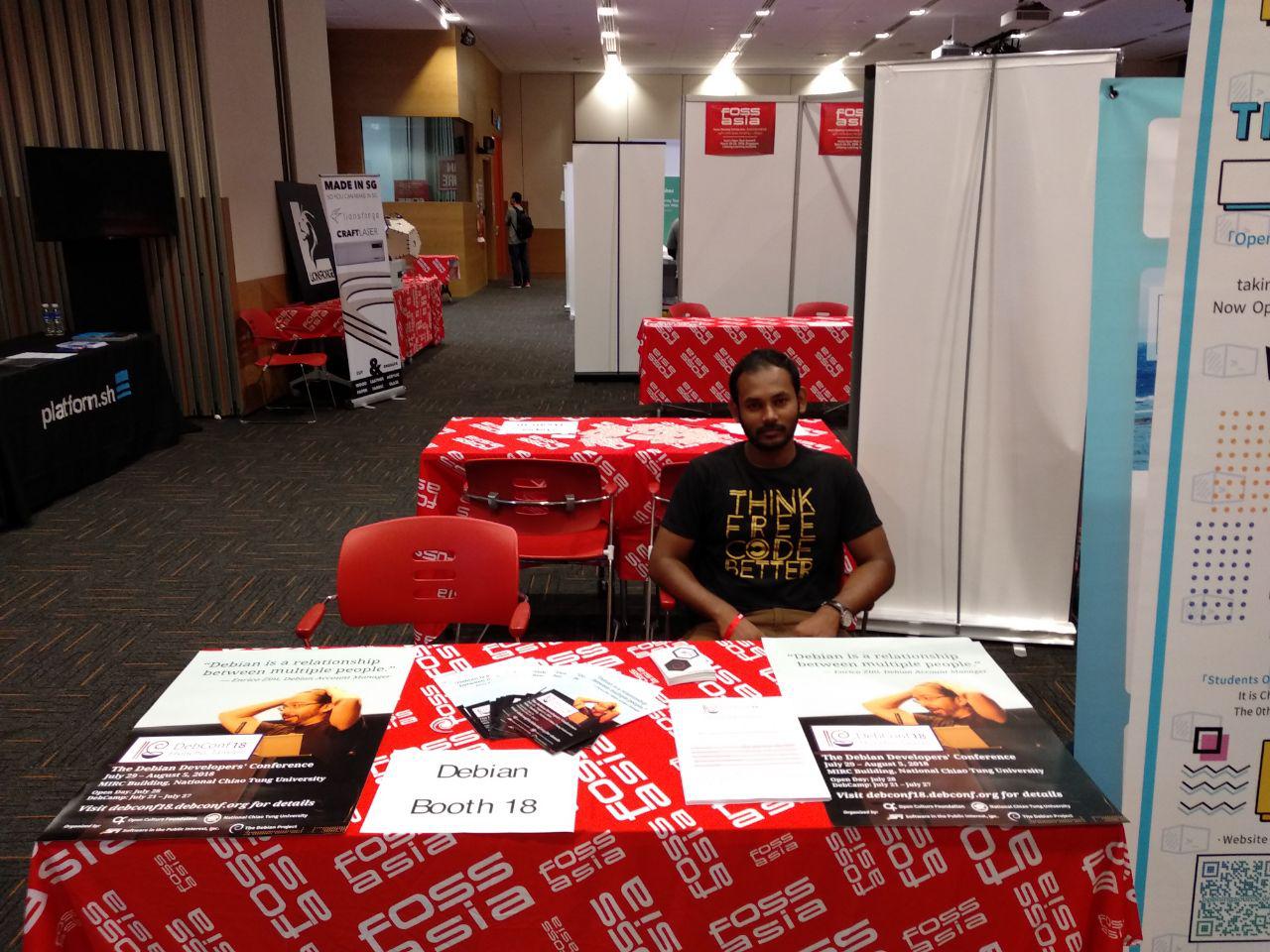 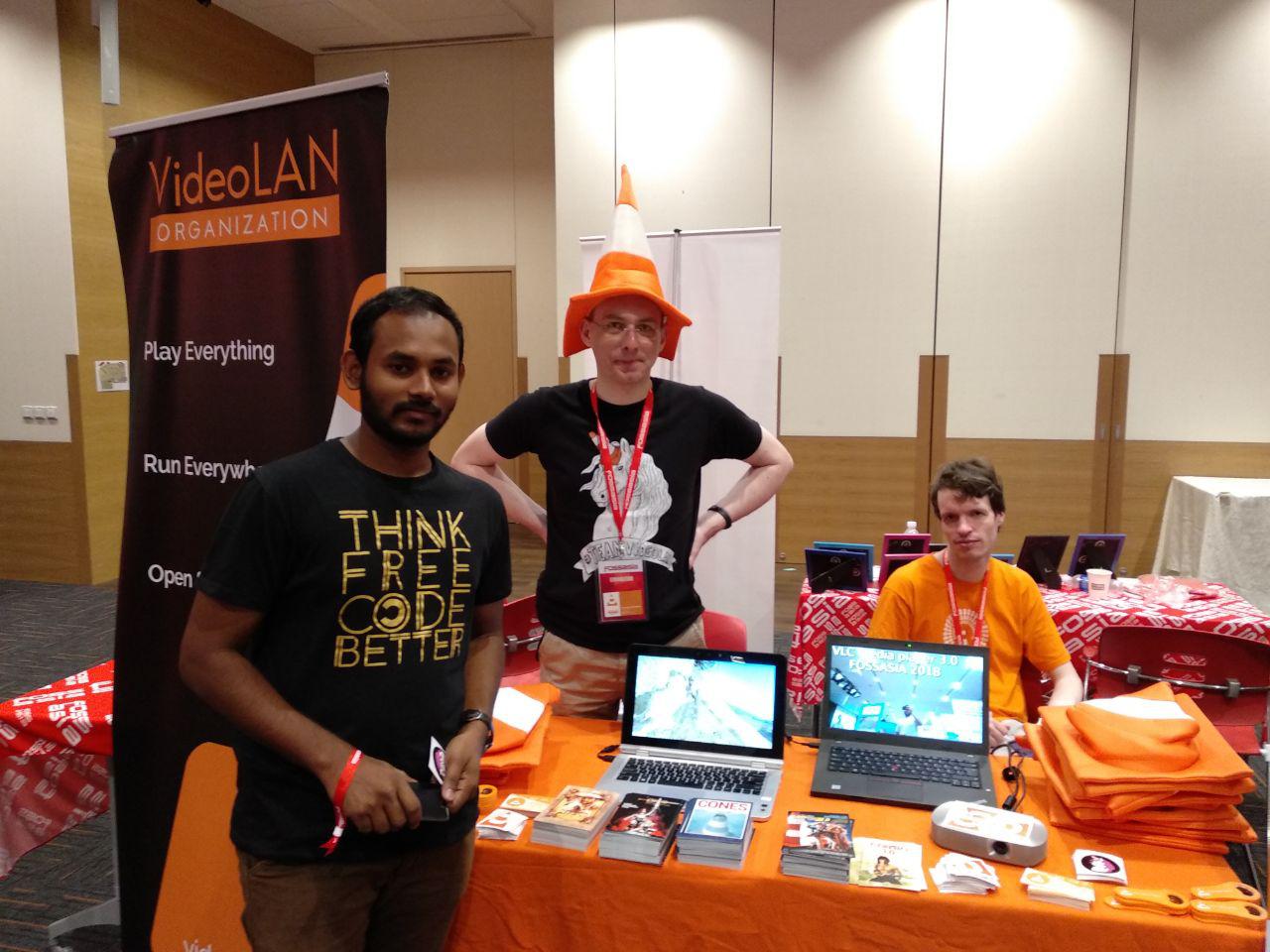 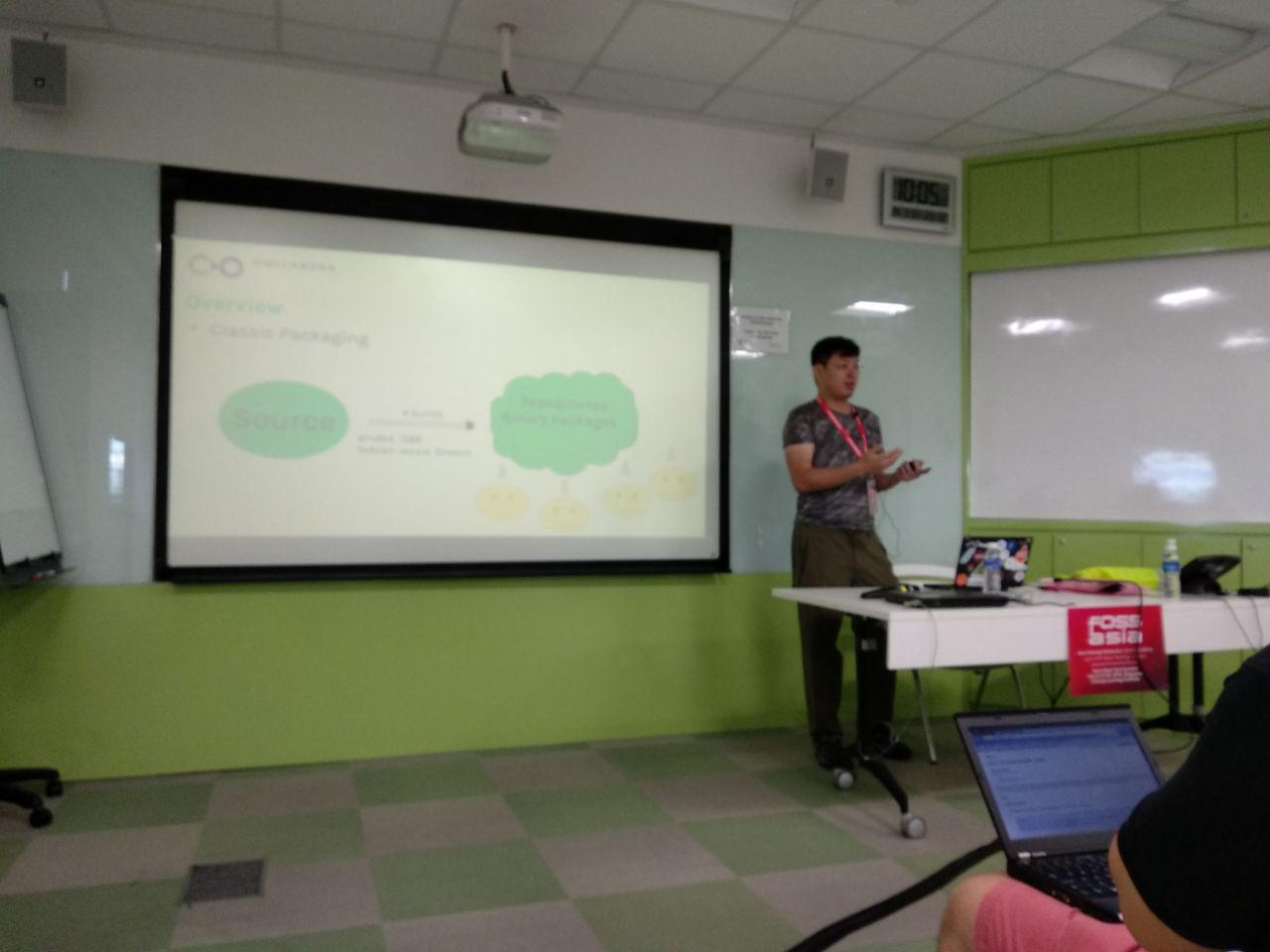 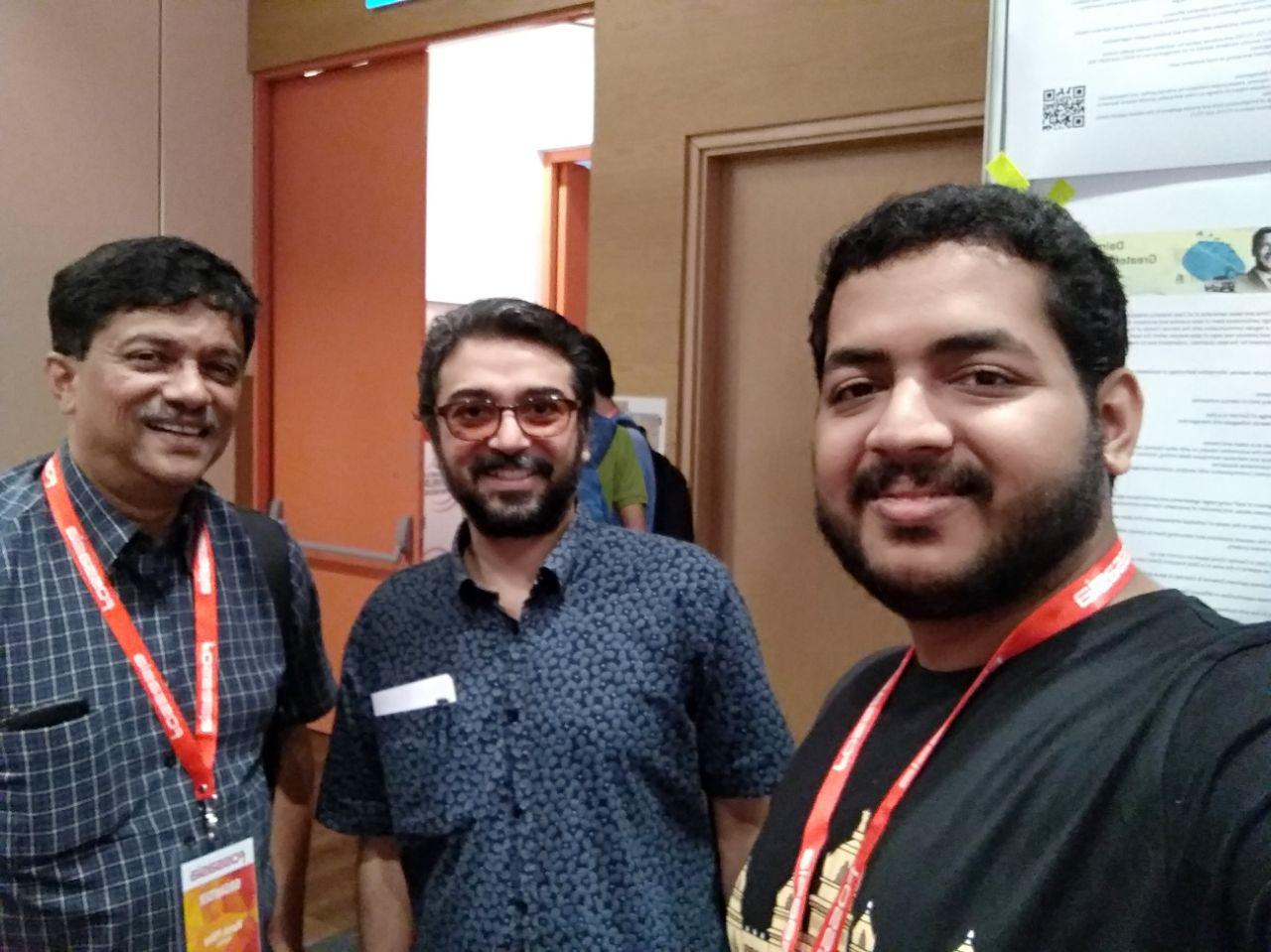 With Anthony and Harish: Two born-and-brought-up-in-SG-Malayalees 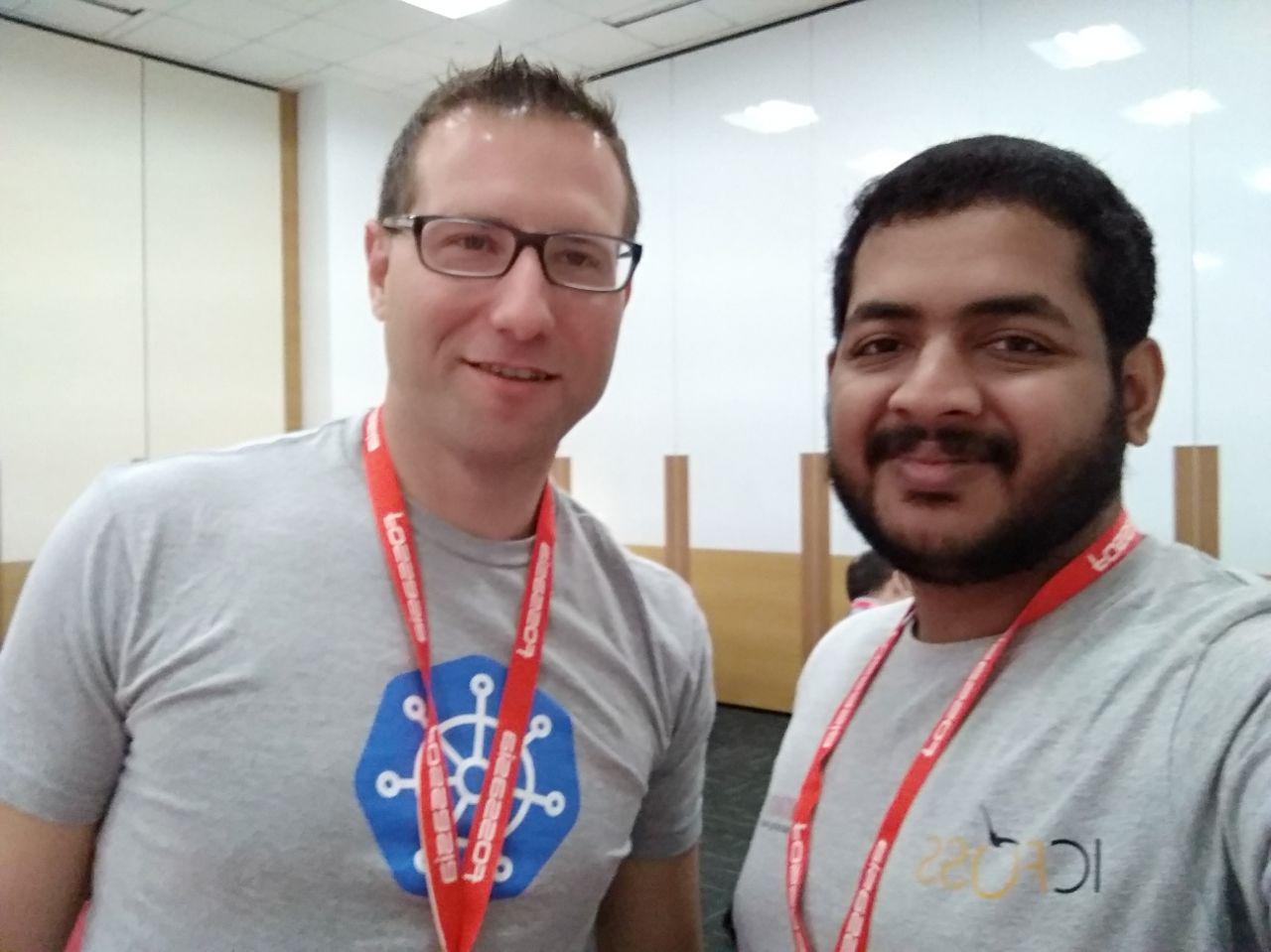 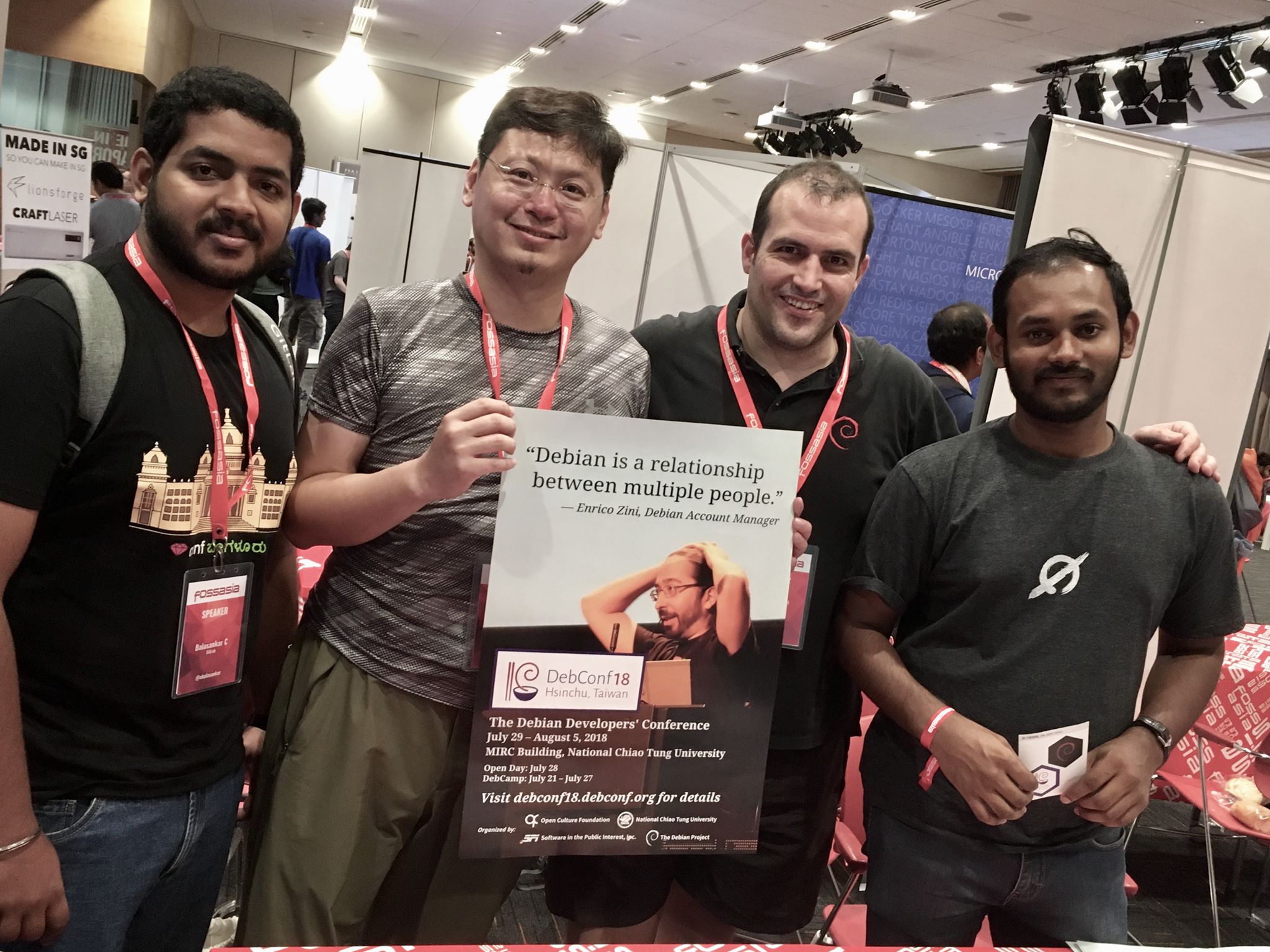 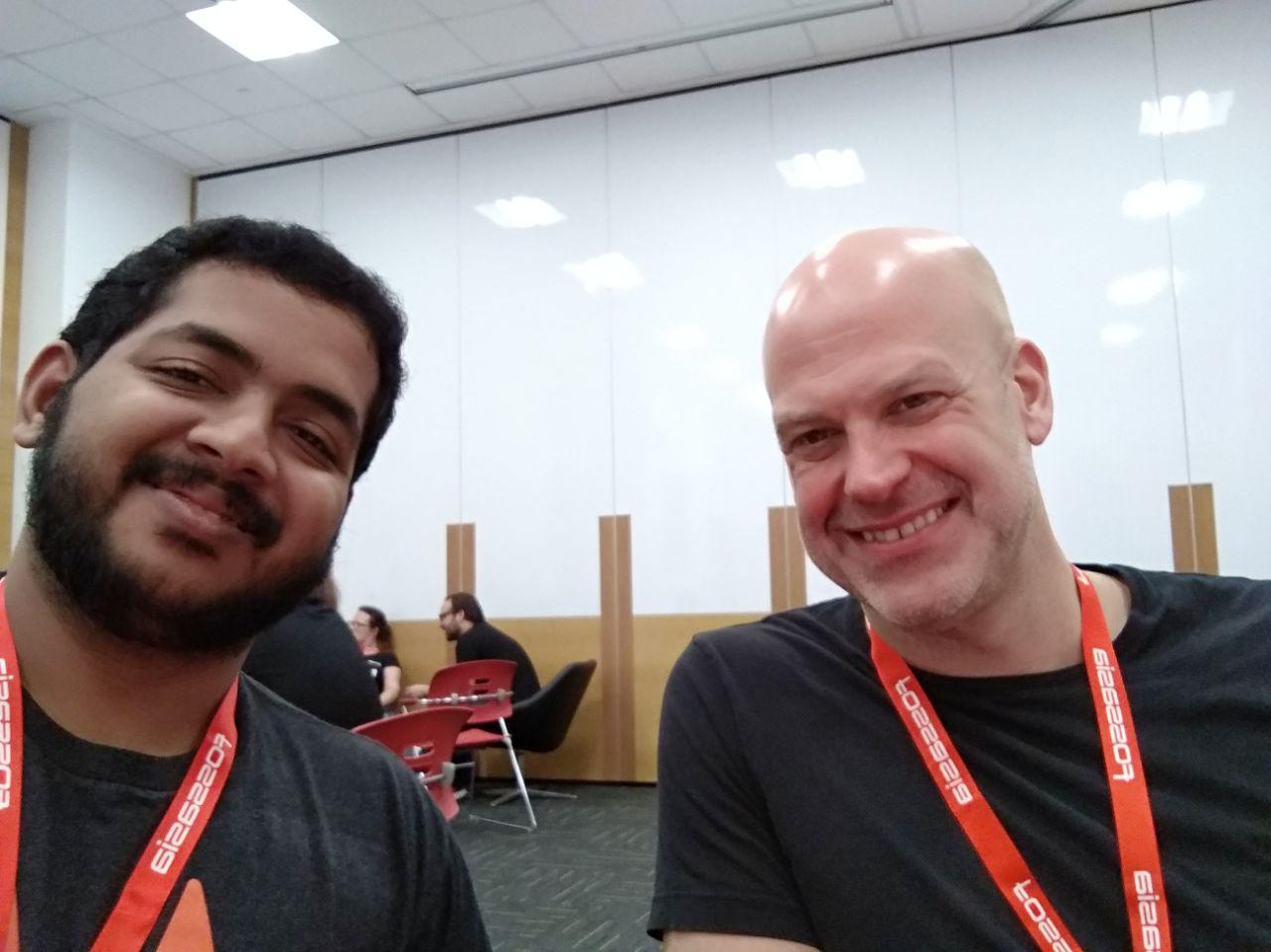 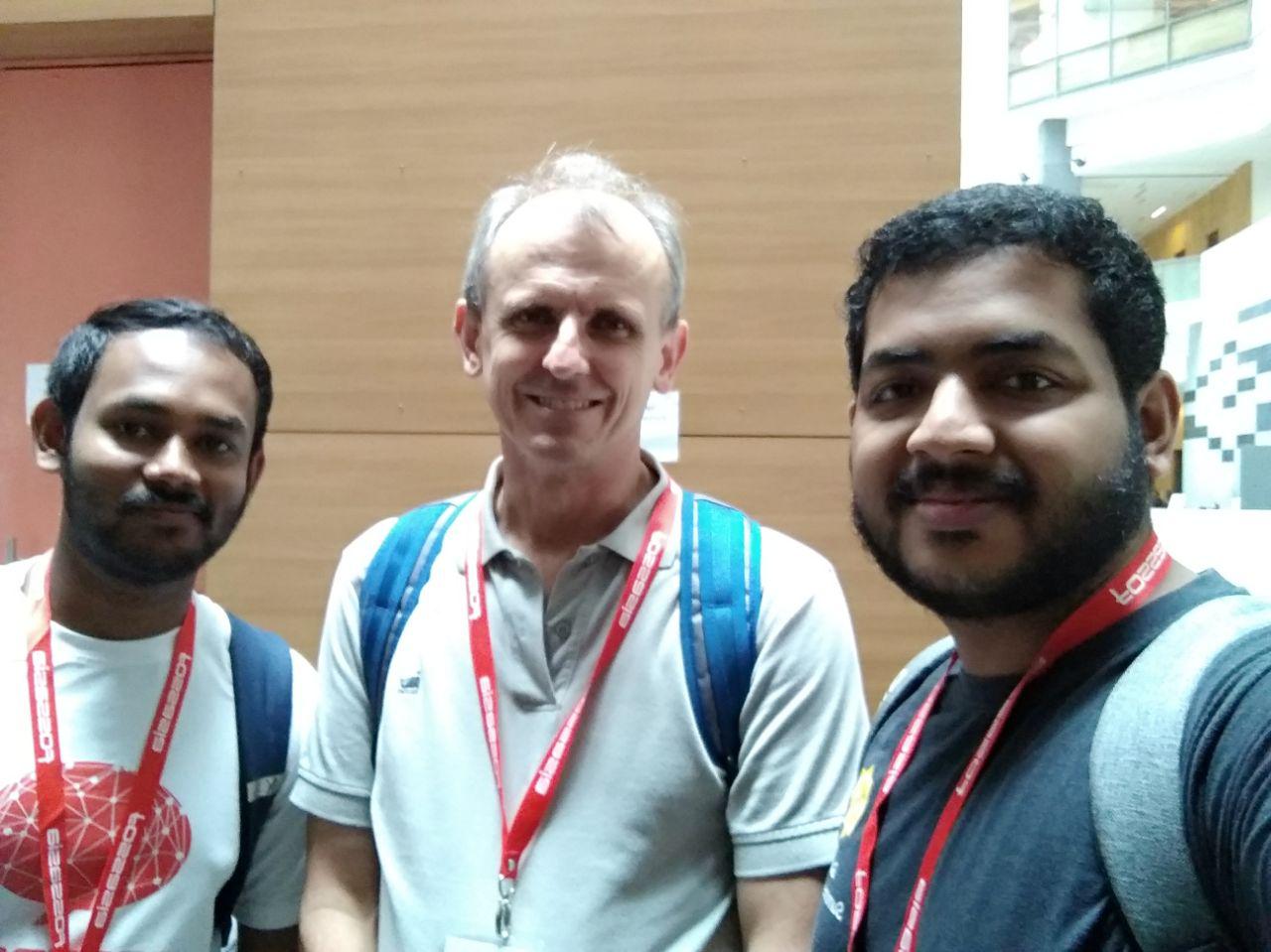 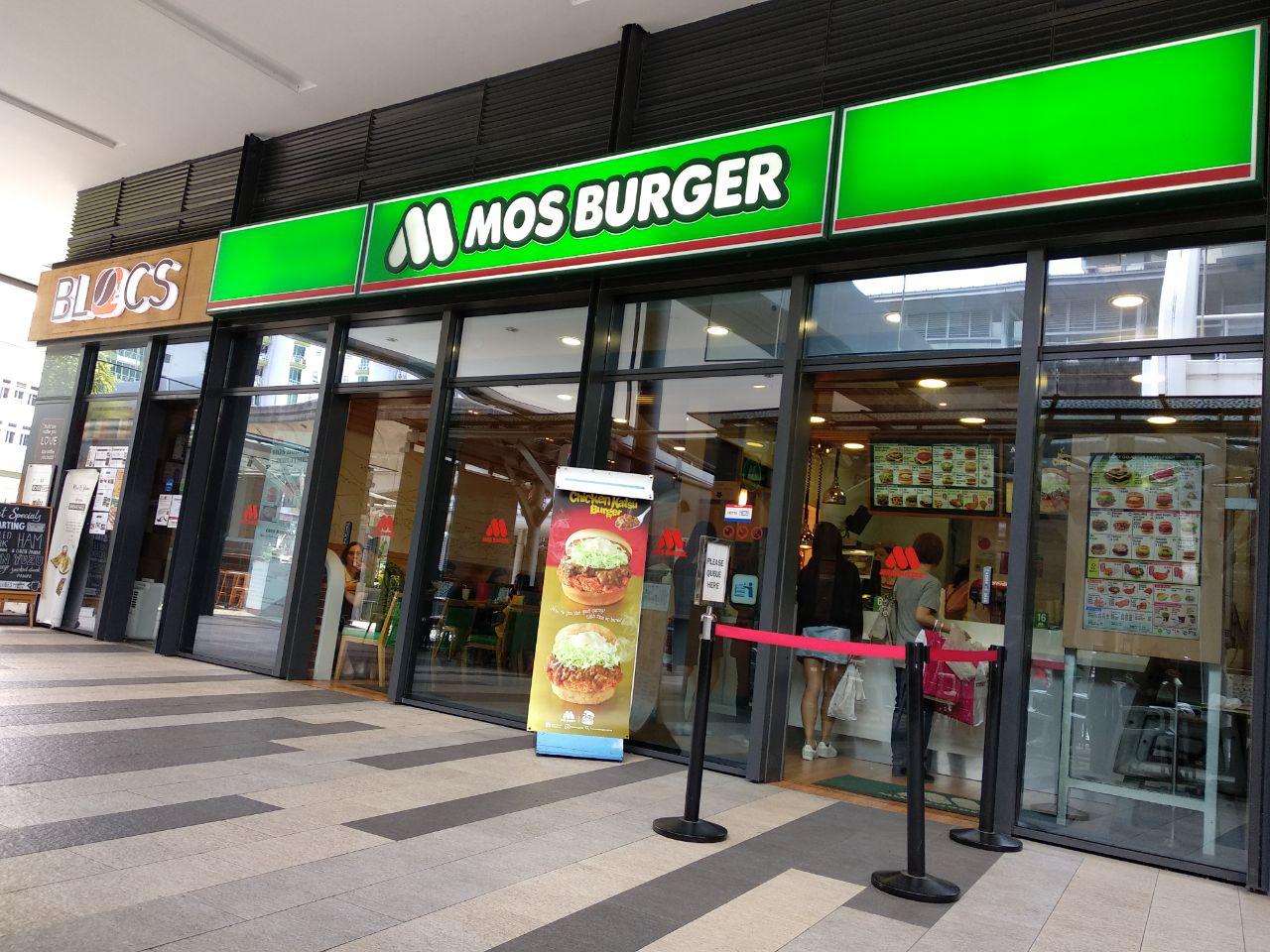 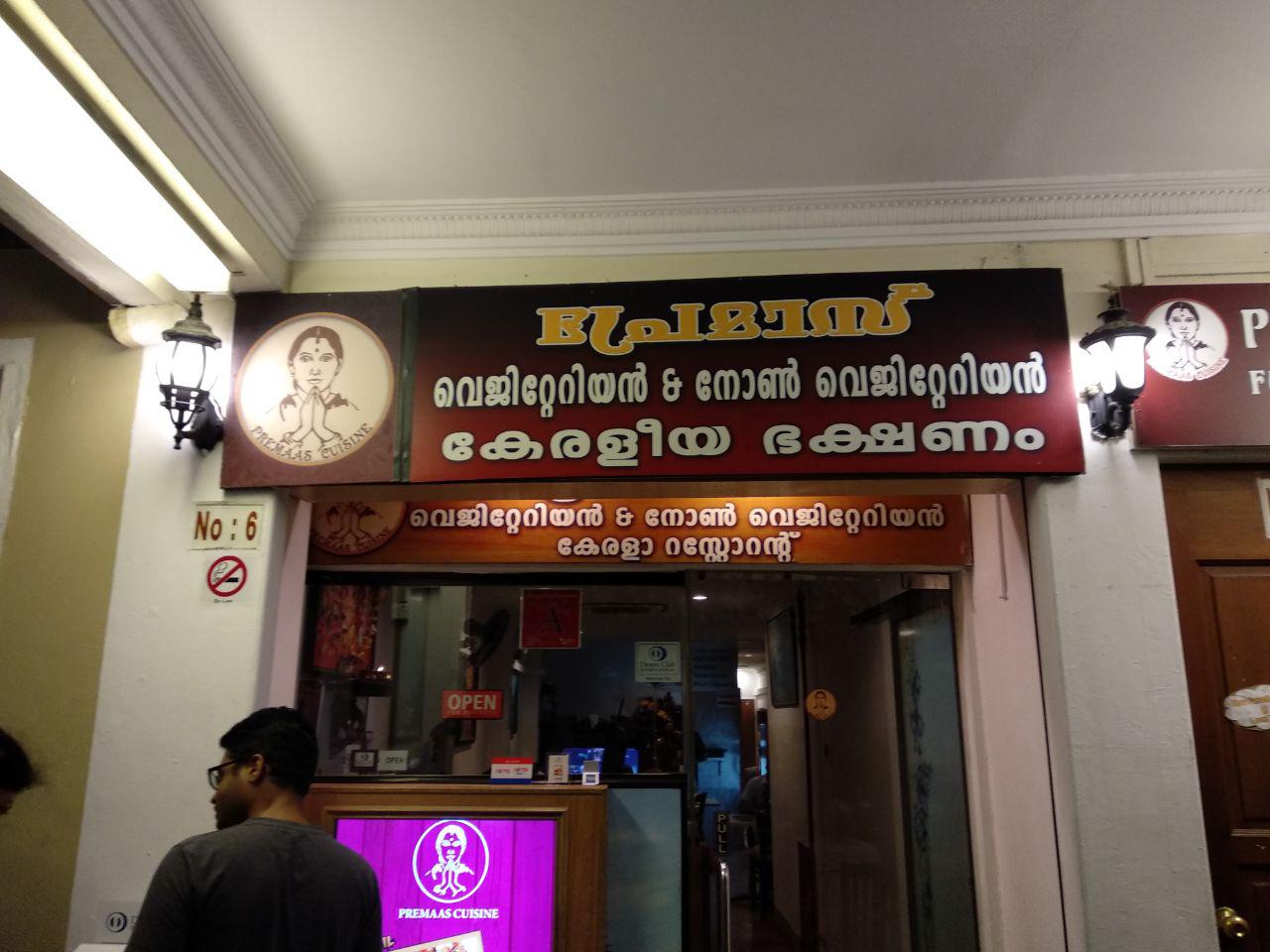 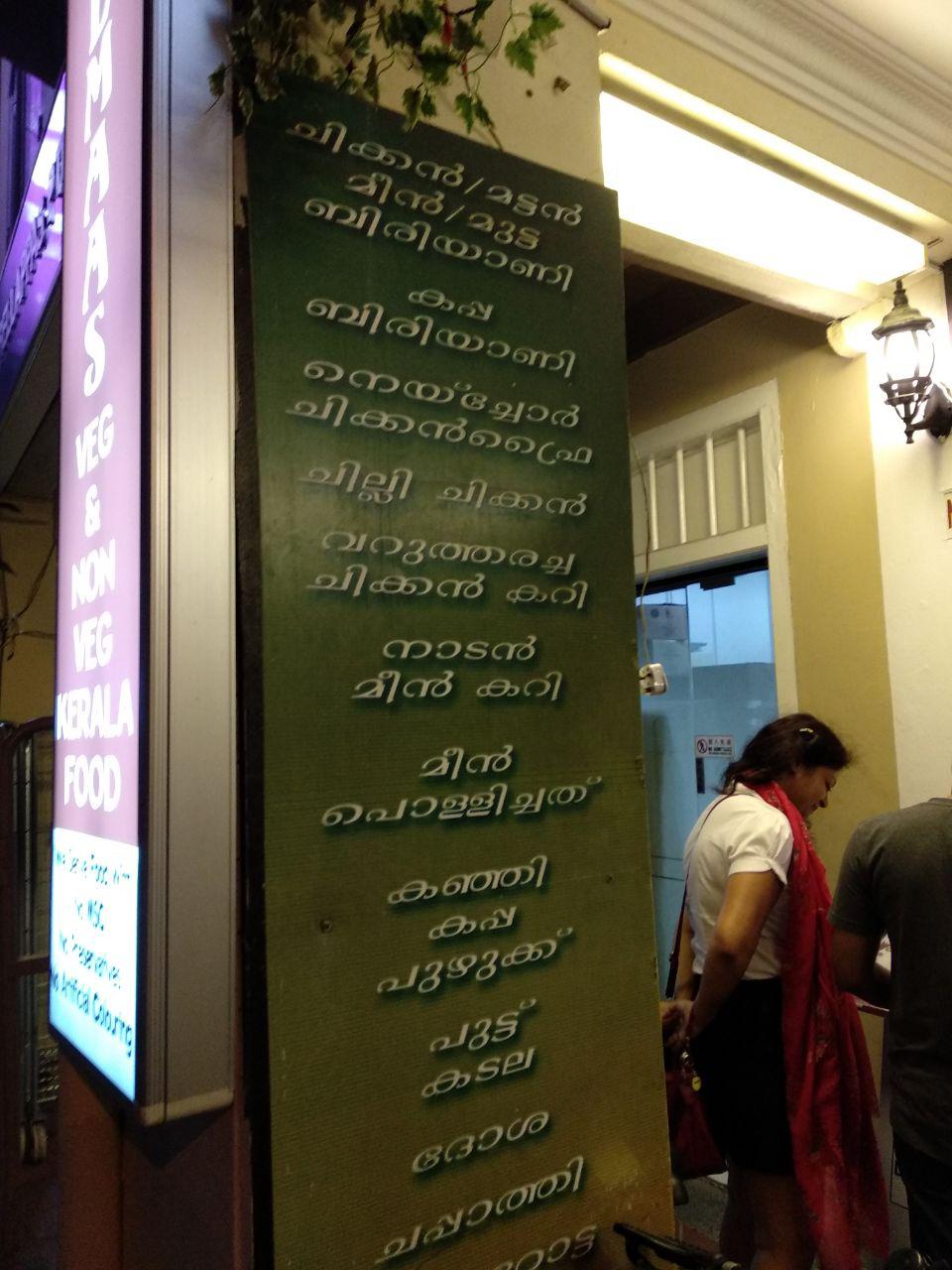 The joy of seeing Malayalam 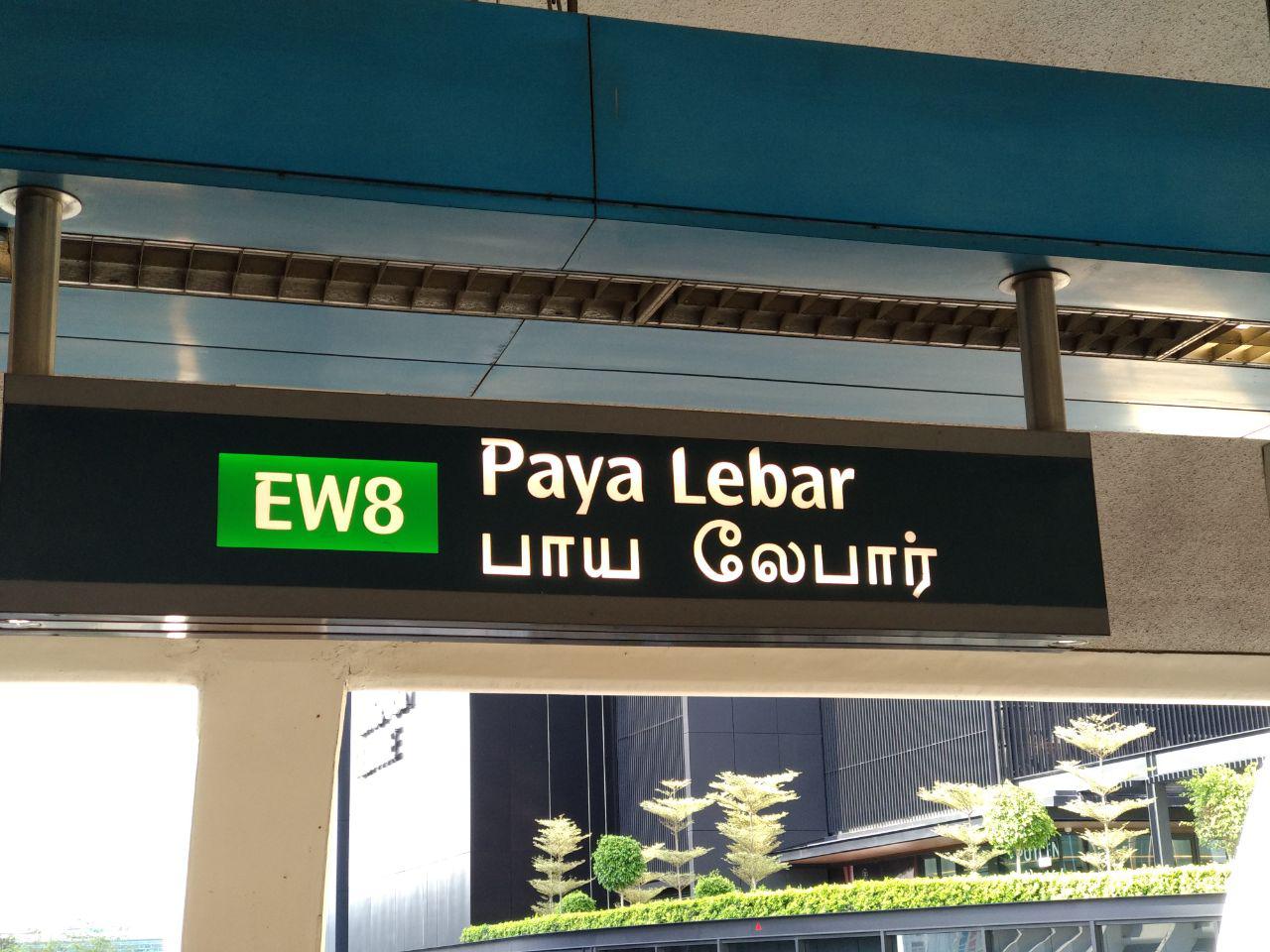 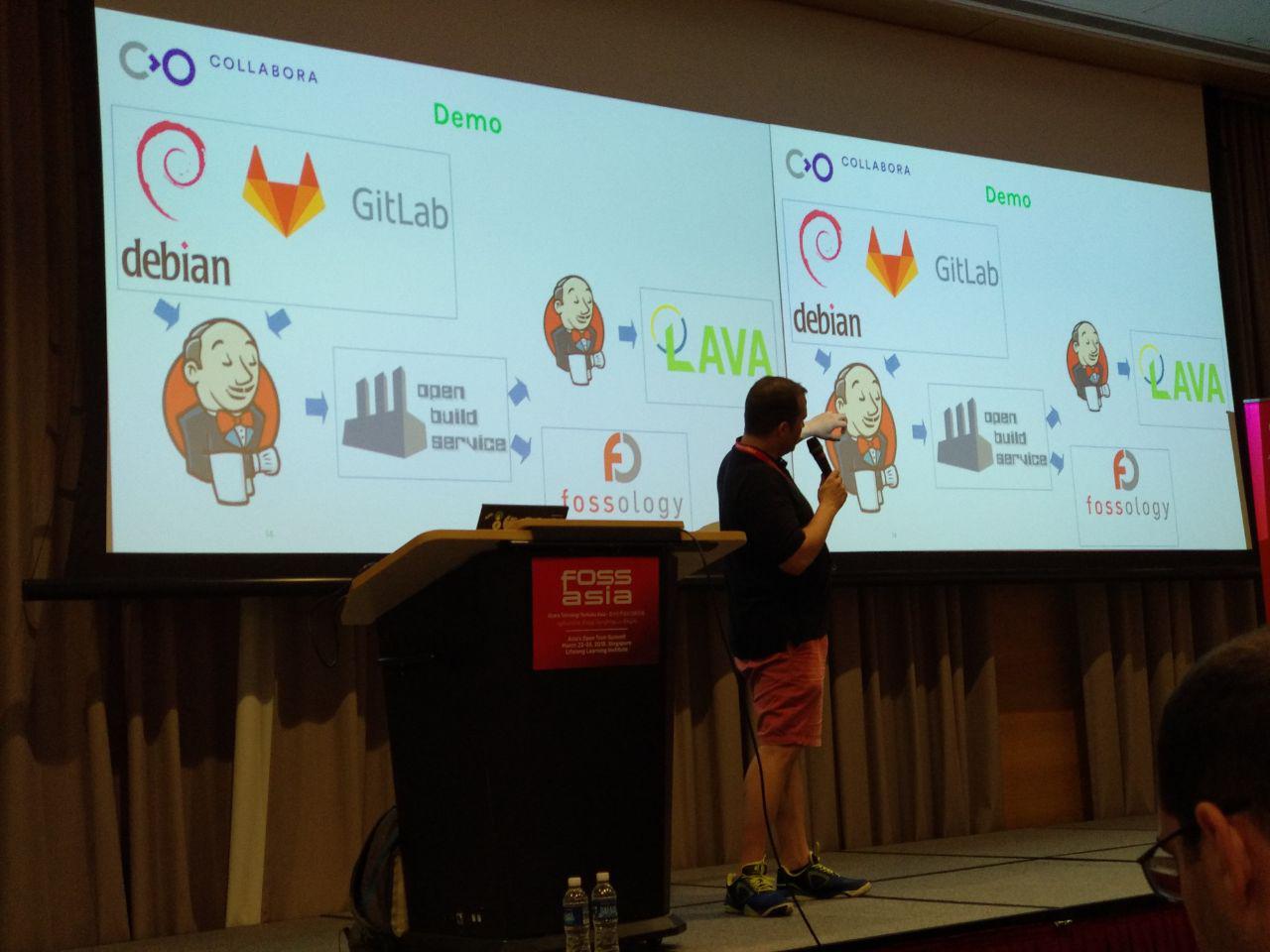